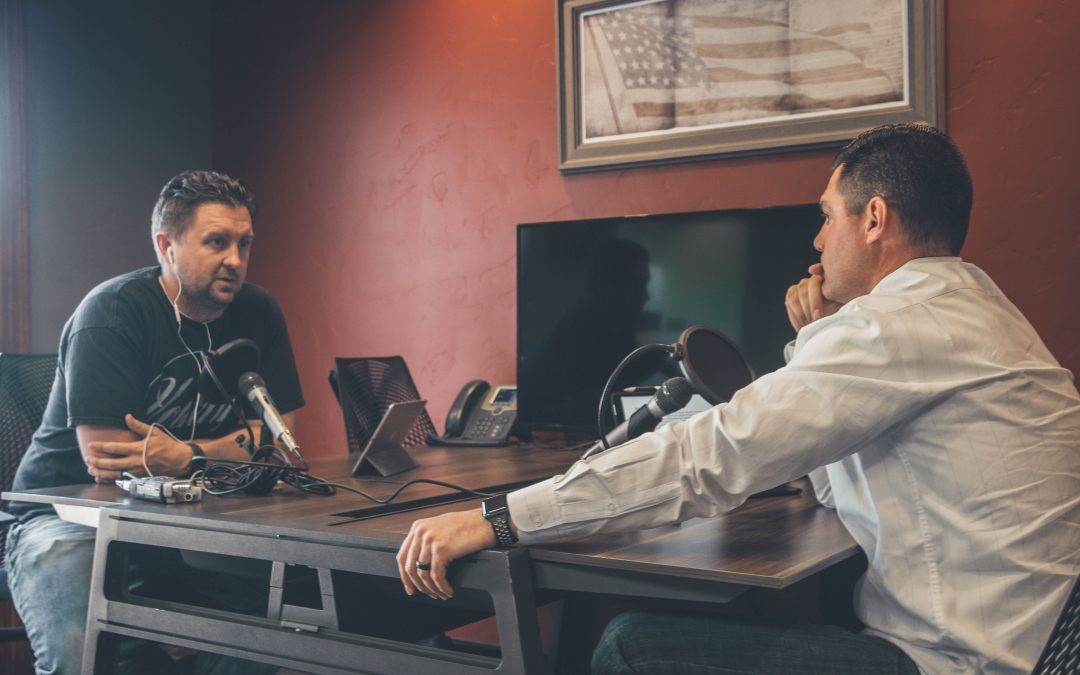 Interview Technique: What Do You Ask?

You’ve got your presentation style sorted, you’re confident and you’re comfortable performing. So what happens when you throw another person into the mix? Contributors, guests, panellists, callers – they all add texture to your programme, podcast or conference, but your job is to get the best out of them for the audience.

Here are the things to consider before you get into it…

A sure fire way to make your interview go on longer than you need it to is to get your guest to tell their story ‘from the beginning’. This is fine if you are pre-recording and you have the time to edit. But if you are live you are going to need to get to the point as soon as you can.

Researching your guest means you can set the scene for them in your introduction. I say to my clients “you hold the who and what, your guest holds the why and the how”.

A well-researched interview can drive the conversation forward faster too. Imagine being able to say “you must have been having a tough time then because you were also trying to launch a community centre” rather than “so what was that like?”

Tip: It’s not always possible, but it’s good to speak to your guest before you interview them. It reassures them and it means you can suss out some of the best stories before you are on stage / on air with them.

When working up your research and deciding what to ask, start with the basic questions. Make sure your audience understands who you are talking to, what they are talking about (the when and where fits in here). This is the information you need to be able to run a great interview.

One of my clients had a guest on their panel show talking about a vegan festival he was running. It wasn’t until he got on air that she discovered he wasn’t vegan. In listening back we realised there were no vegans in the room, but all the prep assumed there would be a vegan in the room. The whole segment lost its credibility. Even with the biggest of production teams, it’s easy to assume you have all the information – so questions like what, where, when, who questions will uncover all the context you need.

Stories hide in the hows, whys and “what reason”. Questions like “How did you make that happen?” or “why did you decide to do that?” then get the answers you need from your guest. Note that “what was the reason?” is a softer way of asking “why?”

3. Make It A Conversation: Listen

Have clarity about what you want to hear your guest speak about, come with a list of well-researched questions, and then the key to a great interview is to listen to what the guest says to get that second question in. This makes it more like a conversation.

Listen out for chunked up language and get the detail on it. For example:

Guest: “I grew up in Birmingham, and my parents would probably tell you I was a wild child, but I remember it being a happy time.”

Interviewer: “When you say wild child, what did you get up to?” or “What was it like in Birmingham at that time?” or “what made it a happy time?”

The stories are in the examples, listening allows you to ask the follow-up question (which may also be a challenging question too – see 5)

Depending on your guest you might find that they are keen to talk, in which case even a closed question will bear fruitful answers. One of the best ways to bring something out of your guest is to share your own experience or story as part of the question – this is the Non-Question-Question. These questions don’t really have a question mark at the end and can start a bit like: “In my experience” or “I’ve done that before and I found x y z” makes it sound like you are chatting and it gives the guest the opportunity to share their story.

I’ve written about this before – confrontation is something people avoid, but by failing to challenge your guest you are failing to give them the opportunity to give a stronger more thought out answer.

You can soften the challenge with language like “What do you say to people who say…?” or “Some people may be thinking…”.

Often the challenge is about being curious and hunting down the why and the how of your guest’s point of view.

While you should listen and acknowledge your guest, sometimes you are on a time limit and you have to wrap it up. And sometimes they are saying the same thing over and over again – it’s time to move it on. Don’t be afraid to politely interrupt them, challenge them or ask a closed question.

Ultimately, a good interview is about getting the guest to enlighten the audience. Researching, challenging and being curious will help you to get to the gold and fast. 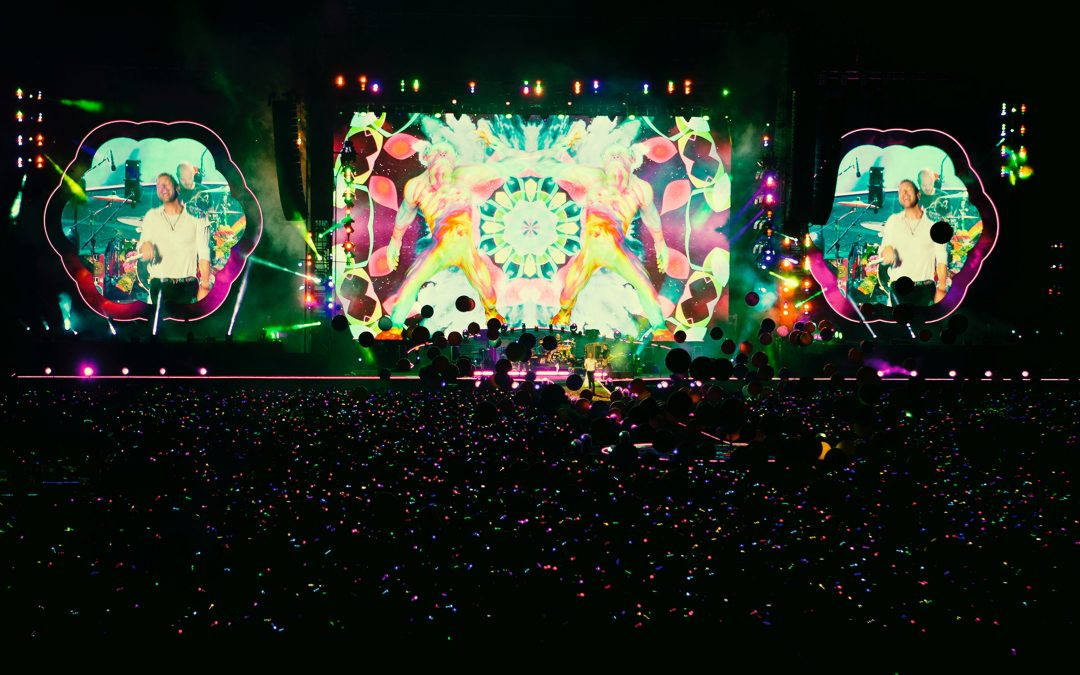 Chunking Up Your Language Means People Believe You.

In the alternative music stations I worked at, it wasn’t the “done thing” to admit this – but if you’ve ever been to a Coldplay gig, you’ll just know. In fact on New Year’s Eve my husband and I found ourselves glued to their gig on the telly recounting just how good they were when we went to see them in Manchester the year before.

Well because they “speak to me”… (no really)

Take the lyrics to “Fix You” :

“If you try your best, and you don’t succeeeeeed”

Well, actually, yes I have tried my best a million times and I haven’t succeeded! How did they know I failed at so many things?

“If you get what you want, but not what you neeeeeed”

Well, actually, yes I know what this is. I remember the time Mr C and I decided that he should work away from home because it was a great opportunity and we wanted him to do it, but then it played havoc with the needs of our relationship… How did Coldplay know I felt like that?!

In short, using language in this way is highly influential and powerful.

The language may appeal to many but the source is in the personal. When you feel something, or think something, or observe something human you can almost guarantee that there is a universal emotion or experience in it.

For example: like when I put a pair of socks in the washing machine, no matter how many times I think I’ve nailed it: only one comes out! Where does it go??

In presenting to a group of people I might say: “You know that moment you can’t find the other sock?!” – this is open enough for them to engage their own experience but it is based in my one experience.

You can keep chunking up though until you reach: “If you try your best, but you don’t succeed” 🙂

So you can use this sort of language to engage people on a larger level and to create your powerful message. However, when you are in a one to one situation and you are listening in an interview, or coaching, situation these chunked up lines are the ones to challenge.

They may come out like this: “Everyone thinks that Brexit is a bad idea”

Or “Research says that people cannot survive in this environment”

The reply might be “what research is that?” Or “what is it about that environment specifically?”

Or when your boss says: “We need to own the patch”

The coolest thing ever about chunking up is that in a disagreement if you keep chunking up the ideas and the intent (not just the language) you will find that quite often you agree with each other. Then it is about finding the way to work out the route to getting the results you want.

So, use chunking up, and listen out for it, as it will help you gain clarity and followers! And also, Coldplay, yes? 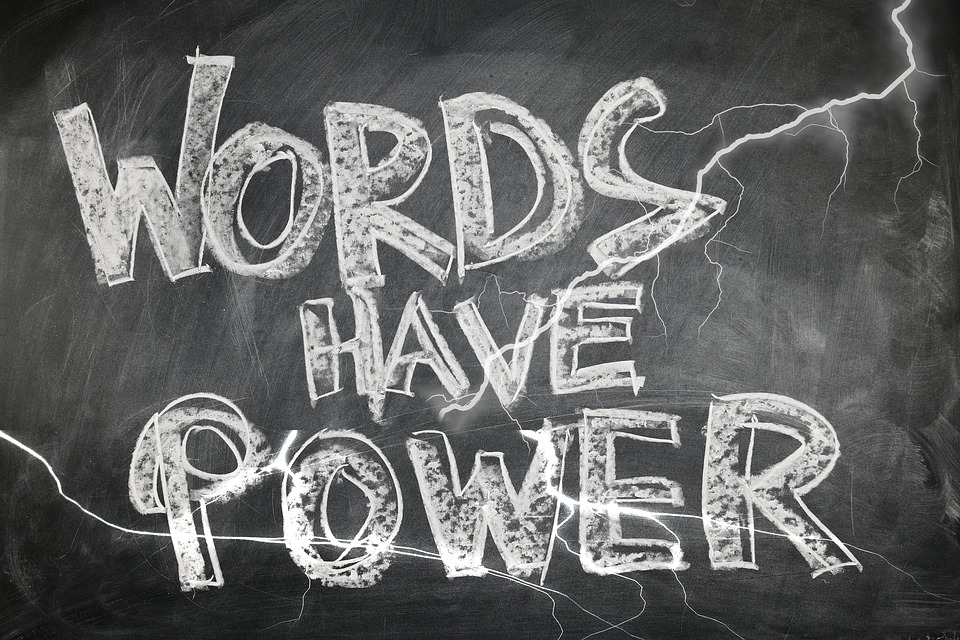 One word has the power to undermine your authority.

The presenter on the radio is telling a story about how he came out of his house to find someone had sprayed hummus over his car. “Hummus?” He said “That’s a very Waitrose style vandalisation! I have arrived” He let it hang… then said the one word that makes me scream at the radio…

I screamed at the radio.

As a presenter, you are an authority.

When you say “Anywaaayy” you are undermining yourself.

It’s one thing to be self-deprecating, or to lose track, but when you are telling your story the word “Anywayyy” gets right in the way.

The solution: just pause and move on to the next thing. Use something else to get you out – some audio, some music, or if you are presenting on stage a new slide.

It often transpires that the presenter hasn’t fully thought the story through, or they didn’t quite believe the story or what they are saying. Have confidence in your content. Make sure you do the prep. And remember just cos you can’t hear them laughing doesn’t mean they aren’t (and that goes for if you can see your audience or not).